Word of the Week……

Although Latin has always been thought confusing, if you consider how it approaches words it is quite a clever language.  For example, in Latin:

Audio to us is all about listening and hearing different types of sound and media.

Video for us is all about watching footage whether it’s on television, social media, DVD or computer.

Seems quite sensible to me! 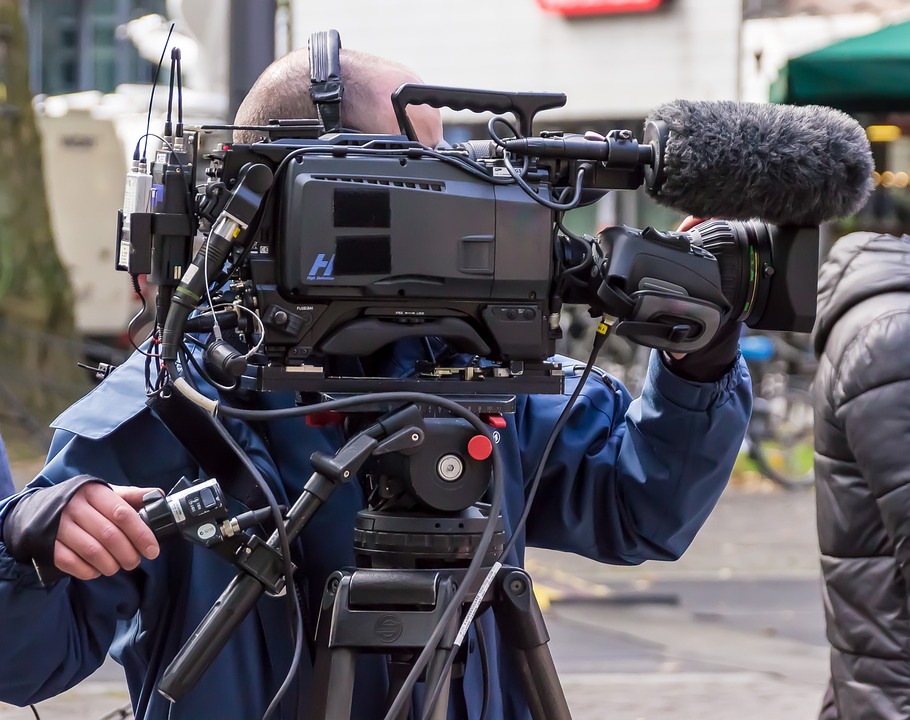 This was created in association with The Brown Fox Bureau – providing professional reliable proofreading and editing services.

Word of the Week……

A daisy … a pretty white flower in the grass that we are used to seeing every day, whenever we come across a patch of grass. As kids we spent hours picking the best ones and making daisy chains. However, do you know where the word comes from? 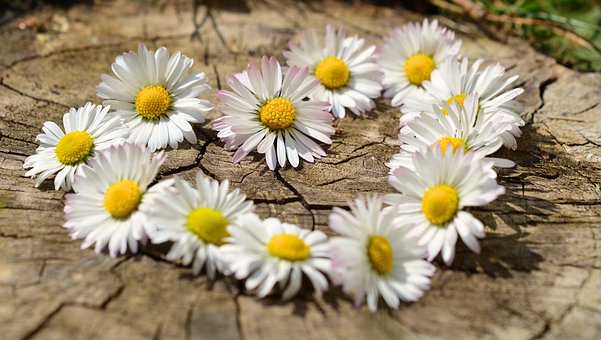 It originates from the old English ‘Day’s Eye’ as the flowers would shut at night and open again during the day; the eye of the dawn.

This was created in association with The Brown Fox Bureau – providing professional, reliable proofreading and editing services.

The much loved, and very clever, Walt Disney did not have an easy start before he became one of the most famous men in the world, with his name mentioned in almost every house in the world.

We all love Disney’s films and characters, from Mickey Mouse and Snow White to Bambi and the Lion King, but before he became a successful animator, voice actor, and film producer, winning twenty-two Oscars, Mr Disney faced many rejections.

Walt Disney was born on the 5 December 1901 in Chicago and was brought up in Missouri and later Kansas City. At the young age of five he began to show an interest in drawing and later moved on to using water colours and crayons.  He had quite a talent, particularly for cartoon drawing.

In 1919, Disney had one of his first jobs working at the Kansas City Star newspaper but he was soon fired as he was told by the editor that he wasn’t creative enough and ‘lacked imagination and had no good ideas!’

He then started up his company Laugh-O-Grams, an animation studio which unfortunately resulted in bankruptcy.

However, things started to improve in 1923 when he and his brother Roy moved to Hollywood and decided to set up a company drawing cartoons, known as Disney Productions.  He began to create his characters – Mickey Mouse (who was originally named Mortimer Mouse), Snow White, and Pinocchio.

However, as much as we love these characters today, opinions were negative in Disney’s creations.  Apparently, when Walt Disney attempted to persuade MGM studios to distribute Mickey Mouse, he was advised that a giant mouse on the screen would terrify women and children and wouldn’t work.

It has been reported that The Three Little Pigs was also rejected as it only had four characters and it was considered that there should be as many characters as possible in a cartoon.

On top of that, there are claims that the first audience of Snow White and the Seven Dwarfs walked out halfway through a first screening, and the making of Pinocchio cost so much more than budgeted that it lost a million dollars on its first release.

The final cherry on top has to be that when Walt Disney came up with his idea for the character-based family theme park – Disney Land, apparently he was turned down over three hundred times by investors and banks, who considered the idea a complete no go.

All I can is well done Walt and thanks for your perseverance – many children’s lives and memories wouldn’t be the same without you! 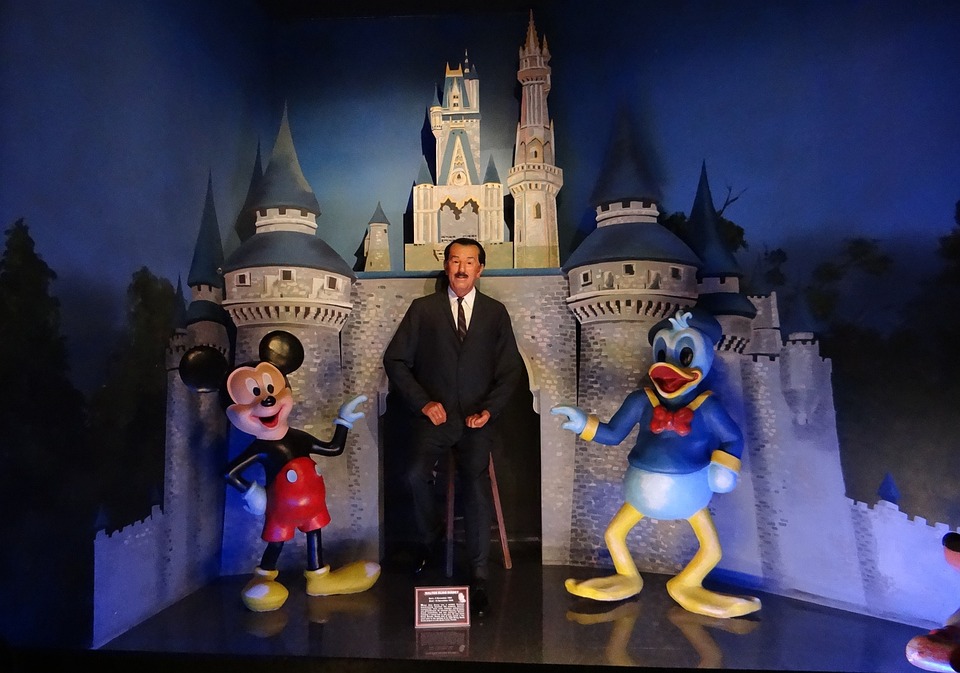 A little information about an everyday word this week.  We are always finding weird and wonderful words, but we have come across the history behind….

We all know the Gorilla as a large, black, hairy primate that lives in zoos and inhabits the wild forests of central Africa, but Gorilla is Greek in origin and was first translated to mean a ‘tribe of hairy women’.

Before the advances of technology, stories from distant lands were simply retold through the generations, often without any proof of existence.  History recalls that sometime during the sixth century (BC), an Admiral named Hanno sailed down the western coast of Africa and reported of an encounter with a tribe of ‘aggressive hairy women’.  His diaries were engraved on stone and when when the Greeks interpreted the inscriptions, Gorillai was their translation of the name Hanno had nicknamed them.  Whilst the original stones are no longer in existence, the Greek translations are.

It has been thought, over time, that maybe he meant a group of long haired black women, but there will never be any clarity.  Had he met a Gorilla, as know it today, or was it some ancient tribe of women?

When it came to scientifically naming the primate, Thomas Savage, an American protestant clergyman, missionary, and physician, who was aware of Hanno’s findings, decided on ‘Gorilla’.

I suppose one of the advantages of history and the myths and stories from so long ago, is that to some extent, we can allow our imaginations to decide…… I wonder, who did he meet?

This was created in association with The Brown Fox Bureau – providing professional reliable proofreading and editing services.

So, a little different this week, not so much a weird and wonderful word, but we found where the meaning of an every day word came from which we found quite interesting…..

This is the old English word for what we know today as a lantern.  Yes, a simple lantern which projects light.  The very first, named a lanthorn, was invented in England in the 800s by Alfred The Great.

He was such a conscientious leader that he would dedicate parts of his day to different problems and issues the people faced. He would not prioritise a problem, but would divide his day into segments by marking the candles in the palace into the same sized segments.  When a segment had burned he turned his attention to the next issue.  However, the problem he found was that the draughts that blew through the windows, doors and hallways of the palace caused the candles to burn at different speeds and, as such, his times were all out of sync.  He therefore decided to make a casing for each candle from wood and white horn to protect the candles and allow them to burn equally.  And….. there you have it, the history of the first lanthorn.

Just another random piece of information.

Have a great weekend! An unusual one for this wet, miserable day….

Simply means the day before yesterday.  It derives from the Latin term – nudius tertius, literally meaning today is the third day.

It never ceases to amaze me of the weird and wonderful words that you can find. Just imagine asking someone on a Monday morning – how was your nudiustertian?  I believe the look we would get would be of utter confusion…….!

Well, what could we find for today?  Given our love of books we thought this would be quite apt.

This very long word simply means a person who reads in bed.  This is one of my favourite pastimes, particularly on a cold dark evening with a nice glass of wine, or curled up on a Sunday morning with a hot chocolate.

I only wish you could be a full time Librocubicularist – a perfect career!

So, after a little break and with the New Year here, we are now back into the wonderful world of words and books.  We picked two today, one is something that every single one of us experiences every day:

Who was your Qualtagh this morning?

The second word is because it made us smile:

A mental condition where a person believes that they have become a cat! People regularly comment after visiting our cats here, that they would like to come back as a cat as ours are so spoilt.  We can understand the want to believe that you’re a cat – sleeping all day, cuddles, strokes, eating and then sleep again – in the warm!  Perhaps you could pretend for a day. 😊

An interesting one this week. . .

I think we all, at some point in our lives, will come across someone who is ultracrepidarian – a person who criticises, judges, expresses opinions or attempts to give advice on a subject that is entirely outside of their expertise!

Perhaps you know someone who suffers with Ultracrepidarianism, the habit of being an ultracrepidarian on a regular basis.   Agghhhhhh! 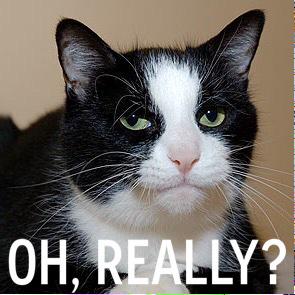